I don’t have a very wide music taste. I mostly like pop and singer-songwriter. That doesn’t mean I don’t like anything outside of that, though. But my preference is mostly between those two categories.

At school I didn’t really had a favorite artist, like most of my peers did. For example, I liked Beyoncé, but outside of the top hits I didn’t know any other song.

When I started to listen to Lady Gaga 8/9 years ago, I finally found a favorite artist! Yay!
I don’t equally like every song, but in general I like most of her songs (and they stick quite fast).
I’m not an obsessed fan-boy. I like her, but at the same time I don’t know much about her. I also don’t like everything she does (I don’t like her grungy yelling party side she has at her concerts) but she managed to get a spot in my heart.

When I’ve visited a concert from Mother Monster (that’s Lady Gaga, if you don’t know anything about that) I always need a few days to get back on earth again.
Thats because she inspires me. She stands for equality and she always tells you to keep on doing what you like, love and believe in. Because you will get somewhere if you do.
Everyone has dreams and only few make them come true. I see an extra hurdle in my body having disabilities. But I always try to stay positive about that. And a Lady Gaga concert gives me an extra shot of positive vibes that I can certainly use.

We where meant to visit a concert again in October 2017, from the ‘Joanne World Tour’ but because she was sick (With this, you can see I’m not such a big fan because I can’t tell you what was going on (EDIT: Wikipedia tells me that it’s fibromyalgia)) and it was pushed to January 2018.
Every Lady Gaga concert I’ve visited, we had seats, but this time those where sold out very very quick. So I had standing tickets. I didn’t look forward to that part, because of my disabilities, but afterwards it turned out to be doable as long as I didn’t do it every day. And boy-oh-boy, it was so cool being on the floor!
Finally we got to see her from a few meters distant, when she was on one of the mini stages that was close by (Ok, once before, we saw her like three seconds on a very short distance because her tourbus drove right by and she pulled up the blinds of the bus, but that doesn’t really count.)
And by coincidence, she played her song ‘Joanne’ up there, a song that really touches my heart every time I listen to it. That really was something special. <3

Apparently she canceled the rest of the tour (again because of fibromyalgia) so well wishes to Mother Monster and hopefully she can do a tour again in the future so I can get another shot of positivity (and I’m getting standing places!) 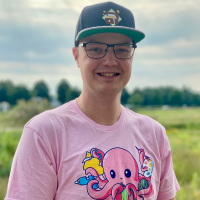